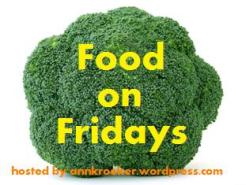 The men of my family head out to sea most summers, deep seas actually about 50 miles out into the gulf stream where Yellow Fin, Big Eye tuna, Dolphin, and Swordfish abound for the  to enjoy not just at the beach, but for at least 6 months afterwards as we all head home to different parts of the U.S.  The wives and daughters meet the boats and ooh and aah and cheer on our brave men back from the deep over the catch as it’s laid out before us on the dock.

The men caught 139 lbs. in a nice variety of fish and the first taste is always fantastic as it’s cut fresh that evening and bagged for freezing and traveling via suitcase.  Our first taste of  the Yellow Fin tuna is  raw in soy…aka…sashimi.

Jeff, Camille, Todd, Brian and I are passsionate for sashimi.

Raw tuna allowed to set out will start to stink and become rancid when its unholy alliance the parasite arrives to make it stink.  The tuna and the parasite have an unhealthy relationship.

Our boundary for sashimi is non-negotiable.  Tuna is toxic if the limits of raw are pushed.  We cut it fresh and enjoy it together.  Hold the thought on the company of others and the ability to remove yourself from toxicity.

Certain relationships  occasionally cause soul horror.  Think of it as the gory movie lived out in real life slashing up your sanity and invading your thoughts.  This is the raw tuna bacteria lying in wait to attack and invade when you forget the necessary boundary of fresh and cold.

My husband batter dipped Mahi Mahi for breakfast in corn meal. Later my brother-in-law Tom, an accomplished chef, worked with our daughter to create a feast of tuna bites and tuna ~encrusted with sesame seeds served with mango salsa.  The key to the delish on all the dishes is the fresh factor.  The fish is moving briskly into the company of its fellow coated friends and not allowed to set out alone.

When I encounter the above I meditate in John 10.

Stay with friends (sheep) and our Shepard (Jesus) to protect yourself from the theif aka. the bad shepherd coming through your roof (mind) .

Remember when a toxic individual tries to corner you alone, step away and remove yourself from the situation.   Chill in the company of others quickly  or be smelly.  The freshest fish will take on the odor of the stinky fish.  A miserable inedible mess.  The miserable stinky fish makes the fresh fish take on its characteristics.

Dr. Henry Cloud refers to this as following the misery in your life and make a rule.

Look at the misery, and then make a personal rule that will keep it from happening.”

You are frying in oil when you allow yourself to meet with them or be alone with them in any situation.

Marinate in teriyaki (30 minutes minimum or 6 hours max on the triage marinade) pan- sear tuna ~encrusted with sesame seeds in evoo till a lovely tan surface (watch closely this happens in just a few minutes)  and serve with mango salsa —- chopped mangoes,  cilantro, lime juice, tomatoes, garlic powder, pepper.  In a hurry buy the fresh salsa or if desperate in jar, and lots of chopped mango and wha..laaa, such a crowd pleas-er.

Throw cubed tuna in freezer bag with 1/2 flour  & 1/2 cornmeal with a smidge of  Old Bay and fry in peanut oil or whatever oil is handy till a lovely golden crunchy surface appears.